In previous articles about blockchain technology, I mentioned there was other methods for maintaining the network besides having miners compete to solve cryptographic equations and win rewards, which is the traditional Proof of Work (PoW) consensus model. Today, we are going to look at one of those alternatives to that method, the Proof of Stake (PoS) method, which is growing in popularity for many reasons.

What Is Proof of Stake

In a Proof of Stake system, instead of having all of the computers possible all trying to solve a complex equation to be the one to have their block be next up on the chain, Proof of Stake instead has a smaller number of validator nodes that are handling the creation and maintenance of the blockchain.

Like a traditional Proof of Work system, anyone can spin up one of these nodes to help maintain the system, but you may not necessarily want to run out and do that. Once a node is up an running, people will need to stake their currency on the node in order to give it “power” in the network. The mode power a node has, the mode likely it is to be chosen to create the next block in the chain and earn the reward.

Every Proof of Stake network implements the rules around the staking process and how it affects the forging of new blocks differently, but this is how it works in a general sense. A number of the validator nodes are spin up and deployed on the network and the users of the network stake their currency on these nodes.

Generally, the reward is then split up and handed out to the people that have their currency staked on the node as a payout for helping maintain the network and help the node provider. Often times this is just setup as a fluctuating rate APY that gets paid out in regular intervals.

A lot of large exchanges and wallets offer staking pools directly through them, for instance I stake my Cardano (ADA) directly through the Exodus wallet. Different places will offer you different rates on your crypto, but of course these rates are not locked, so, as always, do your own research on where you want to stake what crypto get the most benefit, with the least amount of risk.

Staking can either be unlocked, such as what Cardano (ADA) offers, where you can still utilize the staked funds (other than a small deposit that gets held in some cases). Other times, these can be locked in for set periods of time, where you are not able to use the currency at all until after they have unlocked.

This can be a hinderance if the market suddenly takes a run at the top and you are not able to sell because you are locked into a staking term, so always weigh all the factors before you stick your currency up on a pool. Or take a look at the staking for Ethereum (ETH), people won’t get access to those funds for quite awhile.

One thing that may seem immediately concerning is what about bad actors that may use their stake in the network to double spend or other malicious things that would cause problems in the blockchain. A lot of the networks that employ a Proof of Stake consensus strategy, also have a clause built in that would punish one of these validator nodes that tried something like this.

This will generally come in the form of slashing the pooled resources that are staked on the node. This is why Doing Your Own Research is vital in all parts of the process, including choosing which node you want to stake your funds on. Sure, one might offer you slightly higher return rates, but is it some sketchy organization just trying to pull off some quick illicit transactions and make off like a bandit in the night?

Sticking with a large, well established node is the least risky way to go. Since as a node has more into the pool, and thus a higher chance of getting picked, this also means they have a lot more to lose if they were to approve fraudulent transactions. It’s a little like forced honesty by literally holding a light up to their money and threatening to burn a chunk of it if they decide to go against the network.

Benefits Over Proof of Work

There are a few benefits in using Proof of Stake consensus over Proof of Work. The first is obviously that having a few (comparably) validator nodes on the network, as opposed to a lot of miners all trying to solve the magical equation, means a lot less energy is consumed by the network. Although the energy usage for Proof of Work is a lot more green that some people with deep pockets and fast fingers may want you to believe on Twitter, this is still a benefit in the Proof of Stake side’s favor.

Proof of Stake basically also does away with having to worry about a centralization attack against the network. If a node gets a very large piece of the pie and is in a position where it could easily start throwing out repeated fraudulent transactions or something, it would have a large enough piece of the pie to suffer massive losses as their pool was slashed for it.

Proof of Stake is also cheaper and easier to setup and maintain. You don’t need to purchase a lot of expensive mining equipment, you don’t need a whole lot of miners out there running all of their systems configured in special ways to make everything work efficiently. You just have a number of validator nodes that are configured and that everyone else can leverage and throw their currency into and stake on.

Drawbacks Of Proof of Stake

Now, while I’ve toted Proof of Stake as being some amazing piece of technology in this article (which it is), I do have to mention some of the drawbacks it has. The first is reliability. With Proof of Work, you have thousands, or more, machines out their maintaining the network and keeping everything running. If a few of them go offline here and there, its not a big deal.

With Proof of Stake, there are significantly less nodes online, so it makes it far easier for the network itself to be affected if someone were to target some of the more critical nodes with say a Distributed Denial of Service (DDoS) attack, and take a network offline.

A network with too much of the power concentrated in just a few nodes, or where there are just very few nodes in general, can be susceptible to this kind of attack, so again, it’s important to do some research and make sure the network you are interested in is pretty stable and reliable.

I hope this article has helped you understand a bit more about the differences between Proof of Stake and Proof of Work consensus mechanism in use, and why Proof of Stake can be a powerful alternative to the work based models. It’s a lot easier to setup and manage, and is a bit better on the environment, plus it has a few built in safe guards against bad actors on the network. Is it perfect? Of course not, it was created by a bunch of programmers, but it is a pretty good system none the less. 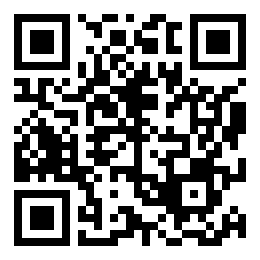 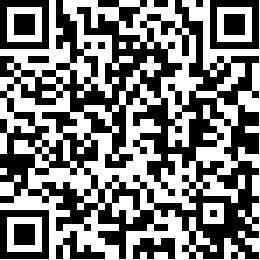